Last week in Cleveland, Ohio, Paul Ryan attempted to make the case to the American people that a Romney-Ryan administration would effectively implement policies to combat the nation’s alarming poverty rates. To his credit, Ryan spoke eloquently about “upward mobility,” and “true compassion” for the poor, and he even mentioned society’s “fundamental obligation to the most vulnerable”—refreshing rhetoric from the Republican Party’s rising star. There’s just one problem. The assertions Ryan made in his speech, especially when examined alongside the budget proposals put forth by both Romney and Ryan, reveal a striking level of insincerity and a complete disconnect from reality on the part of the candidate.

Not only would the budget proposals offered by Romney and Ryan fail to lift millions of Americans out of poverty, the drastic cuts to antipoverty programs would result in devastating consequences for the nation’s most vulnerable. More than 60% of the proposed budget cuts would target programs that help those families most in need of assistance with education, nutrition, healthcare, and other basic necessities. These cuts would pull them farther and farther away from the equality of opportunity that Ryan stressed throughout his speech.

A Romney-Ryan administration would not only fail to create the trend of “upward mobility” that Ryan promises, it would also plunge millions more Americans into poverty. In his remarks, Ryan attacked the anti-poverty programs implemented in the 1960s as a “top-down approach” that has “created a debilitating culture of dependency.” Ryan, perhaps failing to understand the critical nature of these programs and their far reaching successes (and evidently living in a parallel world where welfare reform never occurred), explained that a Romney administration would focus efforts on what private industry and voluntary action, rather than government mandates, can accomplish in a war on poverty. Ryan fails to realize that the social safety net established by those programs has kept millions of Americans out of poverty.

Today there are roughly 46 million Americans living in poverty, a staggering figure to say the least, however, without the social safety net, that figure would be nearly double. Ryan’s belief that generosity on an individual level could be an adequate alternative to the government’s antipoverty programs, is completely misinformed and has been refuted by the very organizations he imagines as the replacements for essential government programs.

In discussing the Republican Party’s plans for assisting communities in need, Ryan conceded that his party has not always been able to articulate a clear vision. However, when comparing the assertions made in Ryan’s speech with his actual budget proposals and the reality of poverty in the United States, its causes and its impact, it becomes clear that the problem is not the party’s failure to articulate a plan, it’s the plan itself. 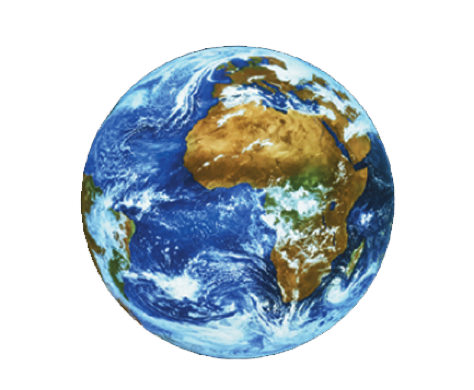 Did you notice anything missing from the national conventions these past two weeks? It seems that among all the major speeches a major tenant of Catholic social teaching was noticeably missing: being good stewards of God’s earth. 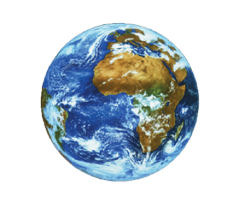 Care for God’s creation has been a core of the pontifical teachings of Benedict XVI, but they have been largely ignored by this year’s major candidates for President of the United States.

In fact, the effects of global climate change have hardly been mentioned at all during this nearly year-and-a-half race for the White House.

As people of faith we should challenge the media and our political leaders when they spread misinformation, thus instilling fear and pitting people against each other. We are all children of God and brothers and sisters to each other. At this critical juncture in our history, we need to not just comprehend the gravity and urgency of global climate change; we must insist that the dialogue on climate change be civil, respectful and truthful and call for collaborative action to protect creation for future generations. The Franciscan tradition teaches that all of creation has intrinsic value, not because of economic worth but because all creation is a reflection of God. In order to address this crisis in a bipartisan way, I believe that both President Obama and Governor Romney need to have the moral courage to use their voices as leaders and issue
statements that acknowledge the reality and critical nature of climate change and provide a plan of action. The American people and all God’s children across this world deserve no less.

Guess who else thinks politicians should address global climate change? Pope Benedict–the “green pope”–who has consistently spoken out on this issue throughout his seven-year pontificate.

Last night, when Sister Simone Campbell, the Executive Director of the Roman Catholic Social Justice Organization NETWORK and one of the “nuns on the bus,” addressed the delegates and the American people at the Democratic National Convention, she outlined the sharp contrast that exists between the proposals outlined by Mitt Romney and his running mate Paul Ryan and the policies enacted by President Obama’s administration.  When one really examines Mitt Romney and Paul Ryan’s plan for America, people of faith are led to share in her sentiment: we are better than that.  The Ryan budget, written by Congressman Ryan and endorsed by Governor Romney, does fail “a basic moral test, because it would harm families living in poverty,” a sentiment shared by Sister Campbell and the United States Conference of Catholic Bishops.  It is supposed to balance our nation’s budget, but proposes to do so on the backs of society’s most vulnerable members.  It rejects shared sacrifice and ultimately fails to do what it claims to do: balance the budget. 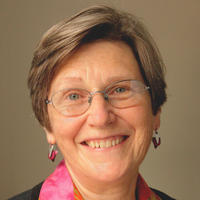 The Affordable Care Act, signed by President Obama, has expanded healthcare coverage to millions of Americans who otherwise would not have access to affordable, life-saving treatments.  It ends discrimination against those with preexisting conditions.  It eliminates lifetime caps on coverage, an incredible relief for Americans like Stacy Lihn who have sick children. Romney and Ryan want to repeal the entire act.

In reviewing these two core elements of the Republican ticket’s policy plan, what becomes obvious is that Mitt Romney and Paul Ryan fundamentally reject the moral truth that we have obligations to our fellow citizens, especially those members of society who are most vulnerable.  The Republican vision dismisses the concept that “we are all in this together” by falsely suggesting that this notion of community threatens our country’s principle values of self-reliance and personal responsibility.  But as Sister Campbell said, we are our brother’s keeper, our sister’s keeper.  Responsibility extends beyond our own interests and those of our immediate families.  We have responsibilities to one another and the common good.

Policy proposals that hurt the poor, ignore the sick, and are specifically designed to further the interests of the wealthy and well-connected cannot be justified and do not reflect our values as Americans, and they certainly do not reflect our values as Catholics. In her speech, Sister Campbell rightly noted that when it comes to the proposals offered by the Romney-Ryan ticket, “we are better than that.” As people of faith, we have little choice but to come to this same realization and we must make every effort to ensure that those charged with the business of leading our country share that same view.

"Together we can share a vision for life where everyone flourishes. Together we can choose to act with love, justice and mercy. Together we can walk towards a fairer and fulfilling society with those who are most vulnerable at the centre."
Link in bio for full article
via @thergc3