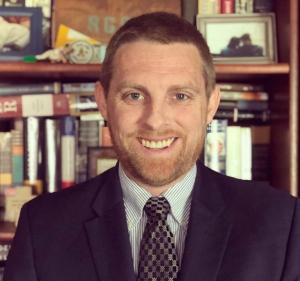 Robert G. Christian III is the founding editor of Millennial. He also serves as a senior fellow at Democrats for Life of America. Robert received his undergraduate degree from University of the Pacific in American Politics, a Master’s in International Security from the University of Leicester (UK), and a Master’s in American Politics from Catholic University. He was a PhD candidate in politics and a graduate fellow at the Institute for Policy Research & Catholic Studies. He has taught religion and history at a Catholic middle school, social studies at two all-girls Catholic high schools, and US foreign policy at Catholic University, in addition to coaching high school volleyball, basketball, and softball.  Robert covered North America for the Messenger of Saint Anthony and worked as a columnist for the former online journal Asia Chronicle, covering human rights and the Middle East. He co-hosts the Whole Life Rising podcast. He and his wife, Sarah, have three children: Avery, Bob, and Emma Kate. You can follow him on Twitter @RGC3.