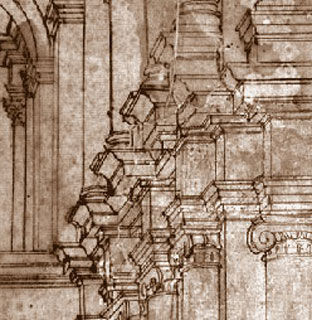 One of the best parts of my job is that I get to meet an assortment of people who are as diverse as they are impressive.  On any given day, I get to have conversations with immigrant janitors from Latin America and Nobel Prize winning WASPs, with football players and chess champions.  I try to engage each of them, and some of the stories I’ve heard and the things I’ve learned—even in conversations that rarely last more than a few minutes—have blown me away. 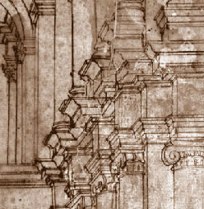 Of the scores of impressive and interesting people I’ve been fortunate enough to meet, Chicago Tribune architecture critic and Niemen Fellow Blair Kamin is but one.  His most recent book is a collection of his columns on architecture in the 21st century and would seem an odd place to find inspiration and insight for a blog post that will wax political, but there I found it.  In a column on the tension that sometimes exists between preserving historic buildings and retrofitting them so that they are more eco-friendly, he writes:

The shift in the LEED standards suggests that the key to resolving the conflict between preservation and conservation is not technical but cultural.  It’s about how we live and how we ought to navigate between perilous extremes: not with overzealous ideology but with enlightened pragmatism that reshapes and reinvigorates old ideals in response to new realities.  By virtue of their common heritage and their common values, preservation and conservation can be friends, not foes.  But like good friends or rival siblings, they may need, occasionally, to agree to disagree.

Imagine for a moment that he were to replace “preservation and conservation” with “liberals and conservatives” or “Republicans and Democrats.”  Would that not be entirely clear and, more to the point, excellent advice?  Why can we not pick from the finest options each camp has to offer, and combine them to fashion the best possible individual solution to each problem as it arises?  Blair shows that it can work in architecture, and I have no doubt that it could work in Congress if only the political will was there to do so.

More recently, David Brooks’ column  highlights what, aside from a near total lack of substance, I believe to be the biggest and most disappointing aspect of the 2012 presidential campaign.

Every single speech in this election campaign is based on this fantasy. There hasn’t been a speech this year that grapples with the real world — that we live in a highly polarized, evenly divided nation and the next president is going to have to try to pass laws in that context.

It’s obvious why candidates talk about the glorious programs they’ll create if elected. It fires up crowds and defines values. But we shouldn’t forget that it’s almost entirely make-believe.

These words took on extra meaning today when I watched a new ad for Joe Donnelly, the pro-life Democratic nominee for Senate in Indiana.  [Disclosure: I donated money to Donnelly, but a few years ago did some non-political work for Republican nominee Richard Mourdock, who was the client of a client.]    My purpose here isn’t to pick on or promote any candidate, especially as I live half a continent away from Indiana, but simply to highlight some disturbing trends.

I think it’s telling that Mourdock used the word “inflict” in his wildly, sadly distorted definition of “bipartisanship.”  As Christians, to say nothing of participants in what was once, and still could be, a functional, healthy democracy, we should never want to inflict anything on anyone else.  Sure, as a zoon politikon I enjoy a good political debate as much as the next guy, and I always enjoy being able to convince someone else that the merits of my argument are stronger than theirs, but I’m also more than willing to be convinced that their arguments are stronger than mine.

Almost more troubling than Mourdock’s disturbing word choice is his rigid partisanship.  I happen to be a registered Democrat, but there are some aspects of my party’s platform with which I profoundly disagree.  I’m with them most of the time, but am, as our bishops have counseled us, “guided more by [my] moral convictions than by [my] attachment to a political party or interest group.”  Echoing James Madison’s warning against factions in Federalist 10, the bishops have lamented that:

Unfortunately, politics in our country often can be a contest of powerful interests, partisan attacks, sound bites, and media hype. The Church calls for a different kind of political engagement: one shaped by the moral convictions of well-formed consciences and focused on the dignity of every human being, the pursuit of the common good, and the protection of the weak and the vulnerable.

The bishops go on to say that “in today’s political environment… Catholics may feel politically disenfranchised, sensing that no party and too few candidates fully share the Church’s comprehensive commitment to the life and dignity of every human being from conception to natural death.”  As the bishops have rightly recognized, neither party gets it right all of the time.  So when a serious contender for the world’s greatest deliberative body believes that deliberation should consist of one half of the chamber simply bowing down to the other half, we have a serious problem.  Should he be elected, I fear Mourdock will find only too many like-minded Senators there waiting to greet him.

As with architecture, what we need in the halls of power today is not overzealous ideology but enlightened pragmatism.  We need more who recognize that there is far more which unites us than divides us, that we need to work together in order to move ahead, and that by virtue of their common heritage and their common values, Republicans and Democrats can be friends, not foes.

The issues that face us today are serious, perilous even.  The divisions between our political parties, our red states and our blue states, and ourselves, need not be.  If I have any prayer for our country, it is that we get beyond these divisions.  I just hope I can address it to St. Thomas More and not St. Jude.