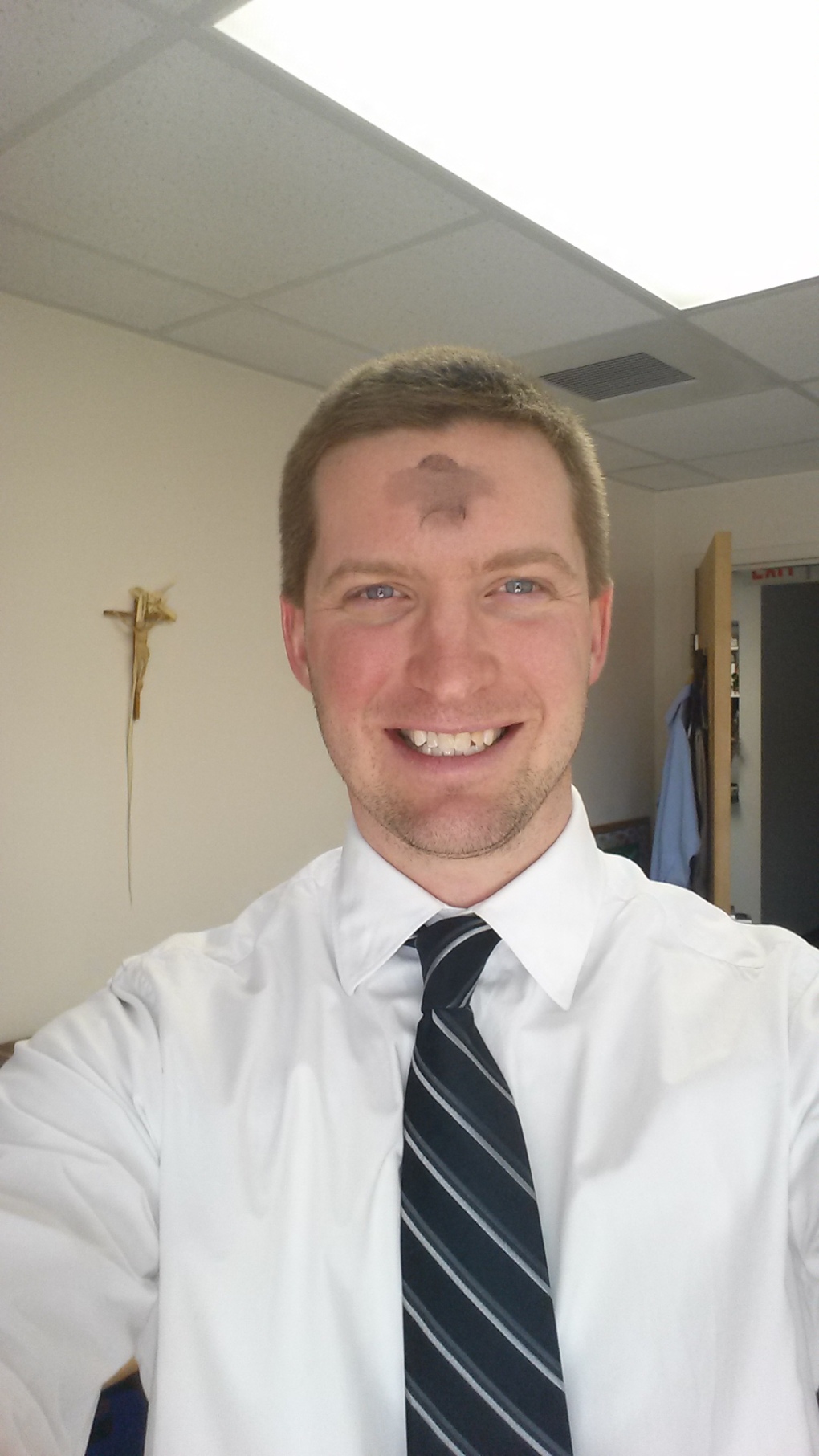 Yesterday, across the social media landscape, Christians posted photos of their foreheads smudged with ashes received at church services in observance of Ash Wednesday. The phenomenon generated several hashtags where fellow Instagram, Twitter, and Facebook users could peruse the results, perhaps none more popular than the appropriately pithy #ashtag.

Yet with nearly the same alacrity with which the trend took off, a backlash ensued. Were not these selfies precisely the sort of self-congratulatory public demonstrations of piety explicitly denounced by Jesus in the Gospel?

It’s bad enough that the selfie, as a genre, epitomizes to many an epidemic of narcissism and self-absorption endemic to the millennial generation and the cohort behind them.  More troubling for us Christians, it would appear to contravene, with a breathtaking lack of self-awareness bordering on blithe defiance, Jesus’ teachings on fasting and penance. In the passage from Matthew that is proclaimed on Ash Wednesday from the pulpit of every Catholic church across the globe,  Jesus admonishes his disciples, “Take care not to perform righteous deeds in order that people may see them.” He goes on to say, “When you pray, do not be like the hypocrites, who love to stand and pray in the synagogues and on street corners so that others may see them,” and “when you fast, anoint your head and wash your face, so that you may not appear to be fasting, except to your Father who is hidden.”

Some of Jesus’ remarks about turning the other cheek, rendering to Caesar, and hating one’s mother and father leave a great deal of work to the interpreter. “Wash your face, so that you may not appear to be fasting,” is about as straightforward an instruction as one could hope to encounter in the Gospel.  And it just so happens to be the one we choose to flaunt, by smearing a big black cross on our face, to commemorate the start of Lent.

But if there exists a cognitive dissonance between the Gospel remonstration and our liturgical response, the selfie hardly started it. If anything, the Ash Wednesday selfie has merely extended the longstanding tradition of proudly marching our piously besmirched mugs around town to its logical, 21st century conclusion—broadcasting it over the internet. Which, in my opinion, is why it has elicited such a visceral pushback: because it combines two things many thoughtful, self-professed disciples detest—the public display of ashes and the phenomenon of selfies. Many a homilist has found sermon material for decades denouncing the perplexing ritual of applying ashes at Mass, and just as many a hip preacher or with-it youth minister has structured a teaching moment around the ostensible narcissism that the selfie projects. So is it a problematic trend? The answer: it depends.

On one hand, the tendency to post selfies on social media with the underlying hope of eliciting affirmation from friends is a very real problem for many people. Our worth in the sight of the Lord cannot be reduced to how many “Likes” a new profile picture receives, and our society already places disproportionate emphasis on meeting contemporary standards of physical attractiveness as a purported measure of social value. And, yes, selfies exacerbate this cultural pathology on some level.

Moreover, we should not be so quick to dismiss the potent admonition articulated by Jesus in the Gospel—too often, religious believers are motivated not by an authentic internal desire for holiness,  but instead by a lust for external validation of our righteousness. The perils of empty ritual and garish self-satisfaction are every bit as real for us today as they were two thousand years ago.

On the other hand, there is a case to be made that the #ashtag represents a rare example of the Catholic Church effectively utilizing social media for evangelization of a generation of digital natives who feel more at home on Instagram or Twitter than in the pews of their local parish. Pope Francis, in his Message on the 48th World Day of Communications earlier this year, celebrated the “unprecedented advances” in communication made possible by modern technology, noting, “The internet, in particular, offers immense possibilities for encounter and solidarity.  This is something truly good, a gift from God.”

In this same speech, Pope Francis goes on to exhort his listeners:

As I have frequently observed, if a choice has to be made between a bruised Church which goes out to the streets and a Church suffering from self-absorption, I certainly prefer the first.  Those “streets” are the world where people live and where they can be reached, both effectively and affectively.  The digital highway is one of them, a street teeming with people who are often hurting, men and women looking for salvation or hope.  By means of the internet, the Christian message can reach “to the ends of the earth” (Acts 1:8).  Keeping the doors of our churches open also means keeping them open in the digital environment so that people, whatever their situation in life, can enter, and so that the Gospel can go out to reach everyone.

Surely the use of hashtags, trends, and memes by Christians on social media to raise awareness of liturgical opportunities such as Ash Wednesday and Lent epitomizes this exhortation of the Holy Father!

The tension between Jesus’ words and our Lenten ritual exists, and we should not pretend it does not. But inasmuch as the Church, in its wisdom, has evolved to believe that there is enormous value in the witness offered by publicly professing our need for penance in the form of ashes across our forehead, we do well to take that witness to the digital realm, where it might reach the ends of the earth.

Michael Bayer is a graduate of Georgetown University and the Graduate Theological Union at Berkeley, currently working with youth and young adults in the Archdiocese of Washington.