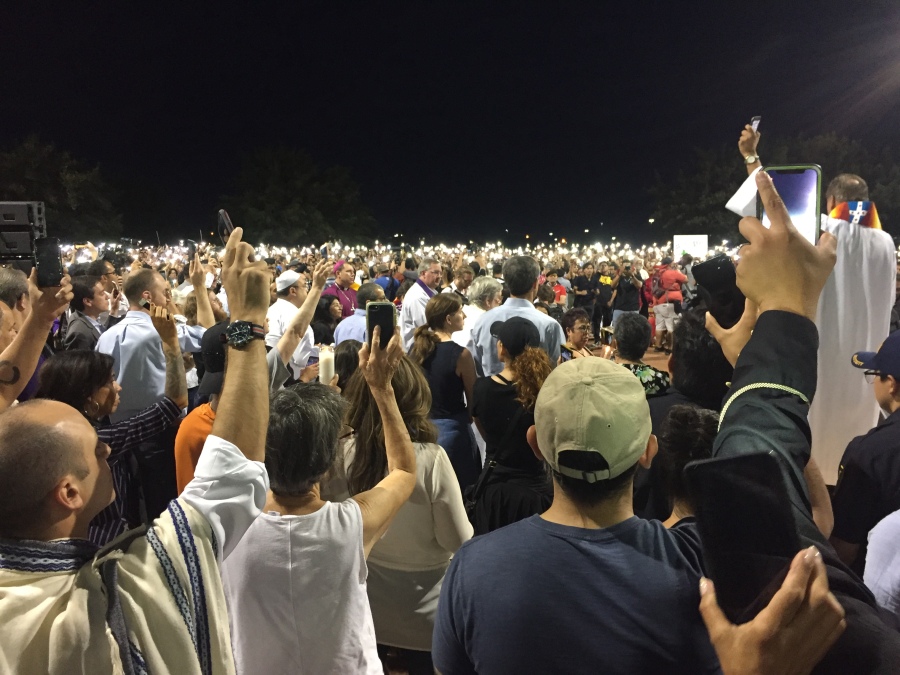 Following the recent shooting in El Paso, Americans and the media are rightly focused on the overdue reform of gun laws. But while the attack in El Paso was surely enabled by the failure of politicians to enact even a modicum of reform, it is categorically different. For El Pasoans, this killer’s bullets were aimed at a whole community, a way of life, and our values.

Since the beginning of the Trump administration, Latinos and communities like El Paso have experienced life under an ever-present pall of low-grade fear.

As a border community, El Paso has lived in a unique way at the intersection of the President’s politics of xenophobia and policies which dehumanize migrants at the border. Race baiting, zero tolerance, threats of deportation, and an increasingly militarized border are the stuff of everyday life. After the El Paso shooting, ICE and Border Patrol announced a suspension of enforcement activities around the mall, hospitals, and family reunification centers, a temporary reprieve to fear and the exception that proves the rule.

In this midst of all this, El Paso has shown the country that another way is possible in addressing the so-called crisis at the border: with compassion, generosity, and humanity. Even as the President builds walls and separates families, thousands have migrants have found shelter, relief, warm meals, and open doors in El Paso after the traumatizing experience of immigrant detention. In a vigil the day following the shooting, thousands of El Pasoans came together both to mourn the dead and to celebrate this community’s resilience.

President Trump reflexively trades in racism, nationalism, and sardonic put-downs. Now his poisonous rhetoric and kid gloves approach to white supremacy have inspired a manifesto of murder and terror. President Trump supplied the ideological ammunition to an assassin who violated our community and our values and killed our family members and neighbors.

This past weekend, hate came to the Cielo Vista Mall and El Paso. Latino blood was spilt in sacrifice to the ancient demons of political and racial terrorism. Now before brazenly trampling the scene of the crime, the President must atone for his misdeeds.

Until then, the President is not welcome here.

Dylan Corbett is the founding director of the Hope Border Institute in El Paso, Texas and has worked in global development in Central America and South Asia, as well as on domestic poverty programs with the United States Conference of Catholic Bishops.