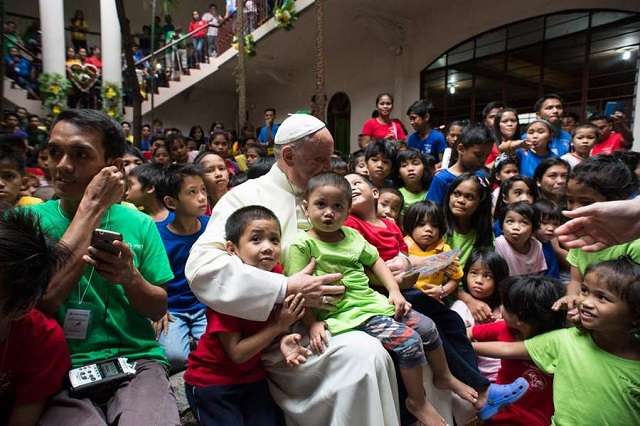 In his newest encyclical, Pope Francis calls on Catholics and people of good will to “dream together” (no. 8) as members of a “single family dwelling in a common home” (no. 17) in order to build a “community of belonging and solidarity” (no. 36). Fratelli Tutti reinforces themes Francis has stressed throughout his pontificate: the primacy of mercy, the need for solidarity, and the earnestness of living with hope. This encyclical reads like a summary and synthesis of what Francis has been trying to express over the last seven-and-a-half years, like a love letter from a loving parent and pastor who is distressed by the wounds he sees—and feels—in the global community.

If Fratelli Tutti repeats so many familiar concerns and commitments, what does it add to the canon of papal teaching and Catholic social thought?

First, it continues to stress the urgency of solidarity in a time of rising distrust and division. In church teaching, the focus on the dual command to love God and neighbor has been expressed mostly by charity, or self-giving love. While this has prioritized generosity and selflessness, it has eclipsed emphasis on confronting unjust inequalities by striving for structural justice in social, economic, political, and ecological arenas. Rather than repeat what has been said by previous pontiffs about the complementary nature between charity and justice (see Deus Caritas Est, nos. 26-29, and Caritas In Veritate, nos. 6-7, for example), Francis concentrates on solidarity as a virtue and moral principle rooted in dignity, freedom, and creating the conditions for all to flourish (nos. 114-117). (As an aside, it’s problematic that the word for love in Latin, caritas, is most often translated as ‘charity’ because in English this word often connotes pity, unilateral aid, or making a financial donation; Francis highlights solidarity as inclusive belonging produced through closeness (no. 30) that opens pathways for encounters marked by mutual respect, concern, and responsibility.)

Francis’ appeal to solidarity urges us to believe in our inherent goodness and in our shared belonging. When solidarity is defined in CST, it is usually in reference to Pope John Paul II’s line in Sollicitudo Rei Socialis, as “a firm and persevering determination to commit oneself to the common good; that is to say to the good of all and of each individual, because we are all really responsible for all” (no. 38). But aside from this commitment to the common good (it seems strange to explain one tenet of Catholic social teaching with another), solidarity is usually invoked to describe a posture of “social charity” or friendship. But what is lost in the typical definition of solidarity as “social charity” is the stress on inclusive fidelity and interdependence that spans the personal, interpersonal, and institutional levels of human community. Francis reaffirms a vision of solidarity as universal love expressed through communion; it is the habit of loving God by loving our neighbors both near and far. Solidarity also demands that we combat the beliefs and practices that degrade, exclude, or oppress any member of God’s family.

Second, Fratelli Tutti elaborates Pope Francis’ vision for building the “culture of encounter” that he’s championed over the last few years. This call to encounter others across difference provides a framework for putting into practice the principles of Catholic social teaching. He repeats his critique of “globalized indifference” (no. 30) and “throwaway culture” (no. 188) that trains us to look away from others in need (no. 64). Referencing the COVID-19 pandemic, Francis insists, “no one is saved alone; we can only be saved together” (no. 32, 54, 137). Death, poverty, and violence inflict suffering on so many, a heavy burden on God and God’s creation. But the answer lies not in condemnation, coercion, or collectivism; instead, Francis encourages us to celebrate the many gifts of life manifest in the richness and beauty of diverse perspectives and experiences. He invokes the Spanish term mestizaje (“mixing”) to embrace our roots while also committing ourselves to dialogue in the spirit of openness to others, to be enriched by blending together “a new synthesis that is ultimately beneficial to all” (no. 148).

In the face of so much pain and suffering, our only course is to imitate the Good Samaritan. Any other decision would make us either one of the robbers or one of those who walked by without showing compassion for the sufferings of the man on the roadside. The parable shows us how a community can be rebuilt by men and women who identify with the vulnerability of others, who reject the creation of a society of exclusion, and act instead as neighbors, lifting up and rehabilitating the fallen for the sake of the common good (67).

Every encounter is a choice: to hide or reveal our true self, to engage or ignore the other. Francis’ vision for the “culture of encounter” is one that realizes the vision of Catholic social teaching rooted in universal inherent dignity, rights and responsibilities, participation in social, economic, and political arenas, and harnessing solidarity and sustainability for the global common good. He urges us to start afresh each day, “from below and case by case, act at the most concrete and local levels and then expand to the farthest reaches of our countries and our world, with the same care and concern that the Samaritan showed for each of the wounded man’s injuries” (no. 78). At the same time, elected officials and other leaders need to build a “new network of international relations” to combat “inequality and lack of integral human development [which] make peace impossible” (nos. 126, 235). In the face of so many reasons to be cynical or fatalistic, Fratelli Tutti is an appeal to exercise fortitude, tenderness, and generosity in the choices we make, the relationships we nurture, the places we inhabit, and the politics we pursue (no. 194). It invites us to live with open hearts by appropriating hospitality to extend God’s delight for everyone to everyone.

Third, Fratelli Tutti weaves together key tasks of discipleship that are often divided into various specialties or disciplines. This is a document that seeks to integrate wisdom, inspire courage, and pursue collaboration. Much like Laudato Si’, this encyclical envisions a global common good that connects economic policies with environmental impact and sustainability (nos. 29, 122, 125). It shines a light on many examples of abuse and trauma, ranging from human trafficking and sexual exploitation to terrorism and organized crime (no. 188), focusing especially on the injustice of war (nos. 256-262) and the need to resist violence (no. 270) as artisans of peace (no. 284), but regretfully without exploring what practicing nonviolence can make possible on the individual and collective levels. It incorporates the revised teaching in the Catechism that condemns the death penalty as “inadmissible” and reinforces the church’s call for its worldwide abolition (nos. 263-269). By dedicating the eighth chapter to interreligious dialogue and friendship—citing his collaboration with the Grand Imam Ahmad Al-Tayyeb—Francis appeals to his reader to join in preventing cycles of judgment, misunderstanding, resentment, conflict, and violence. (However, this was a missed opportunity to explicitly endorse interfaith solidarity with followers of Islam and Judaism, especially given the rise of Islamophobia and Antisemitism.) It provides the fullest treatment of the perils of discipleship in a digital age as source of deception, manipulation, and loss of privacy and source of addiction and isolation (nos. 42-43) as well as the dangers for how it can be used to “exploit our weaknesses and bring out the worst in people” (no. 205). It’s too bad that more attention wasn’t given to the ways these digital tools and networks can be sources of support, empowerment, and accountability.

Fratelli Tutti offers a clear-eyed look at obstacles to solidarity rooted in “reductive anthropological visions” (no. 22) expressed by racism (no. 20), exclusion, mistreatment, and violence against women (no. 23), xenophobia (no. 39), and “narrow and violent nationalism” (no. 86). Francis laments the “insecurity and fear” (no. 146) as well as the “anxiety that prevents us from thinking of others” (no. 224). He also dedicates several paragraphs to problematic social, political, and economic trends—like populism and liberalism—that keep us from directing our vision toward a “universal horizon” (no. 146-150). Instead, Francis encourages us to adopt beliefs and policies rooted in humility and openness, a desire to listen and learn from the other, and embrace our shared source and destiny in God as motivation for “loving and accepting all our brothers and sisters” (no. 86). If we dare to dream together of such a world, then we should refuse to settle for anything less than what God makes possible through us as siblings who belong to each other.

This is a rich and moving document. But it is not perfect. Invoking the image of family gives rise to recognizing one another as siblings in God’s family, but does not adequately address the ways that power can be asymmetrical and sometimes abusive within and between families. Paternalism, patriarchy, sexism, and misogyny all go unmentioned in this encyclical, just like clericalism, which is yet another obstacle to solidarity, since exclusion can undermine full dignity and equal agency. It is unfortunate that Fratelli Tutti relies on the gendered term “fraternity” to communicate both inclusion and intimacy. For example, early in the document, Pope Francis urges us to cultivate a sense of “brotherhood between all men and women” (no. 8). Gendered terms like “fraternity,” “fraternal love,” and “fellowship” detract from acknowledging, welcoming, and affirming everyone in their unique identity and equal dignity. This reminds us that while the church has much to teach us, we still have more to learn about what universal love and solidarity require of us.