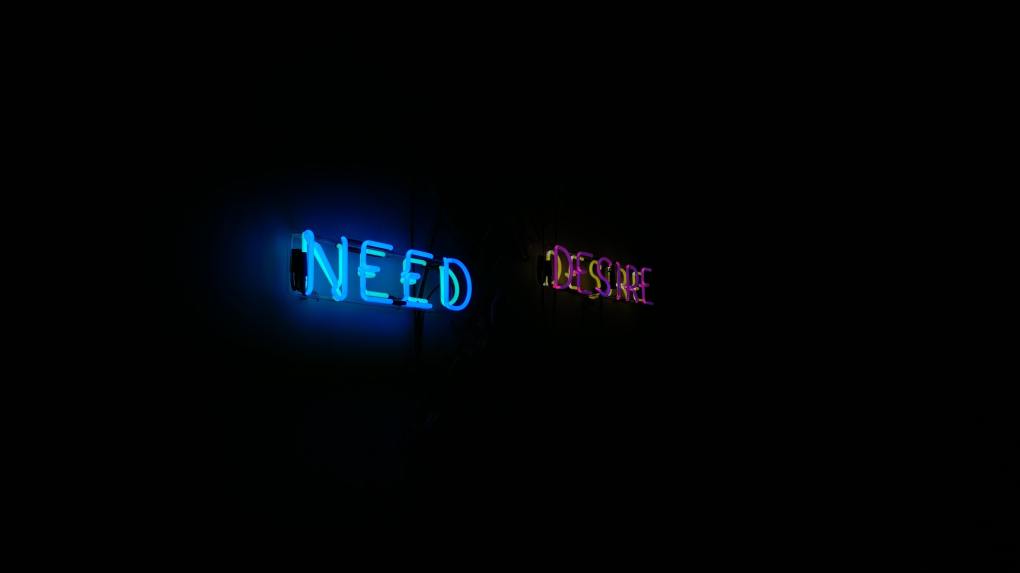 Photo by Alexis Fauvet on Unsplash

Human desire never seems to cease. We are confronted with this inconvenient truth whenever we realize that something we want is totally out of reach.

Some of us try (in vain) to “stuff away” our desires in an attempt to bypass that sense of dissatisfaction. But repression often turns into all kinds of tricky complexes and neuroses. Desire is simply part of the human experience. The more you try to ignore it or stuff it into a box, the more it will fester and seek release. We have an infinite longing to be loved-this is the foundation of our identity as human beings.

This longing often arises in our relationships with others. I could spend all weekend with my friends and still feel like it was not enough. This “problem” goes beyond just being overly emotionally attached, it’s a matter of being human. This sense of emptiness is something that needs to be fully embraced, rather than ignored. This emptiness fans the flames of our desires, forcing us to recognize that the other person in themselves is not enough to put out those flames. Only then can we come to the realization that Christ, the Infinite Himself, is the one who will bring our “restless hearts” to peace.

As much as we may try in vain to distract ourselves from it, that deep abyss of longing is not there to be ignored. It’s a gift that propels us to seek the ultimate Truth. So whenever I catch myself trying to escape from it, I turn to my two friends Romeo Santos and St. John of the Cross.

Romeo Santos, the former frontman of the group Aventura and self-proclaimed “KOB” (King of Bachata), is known for his whiney vocals and sentimental lyrics about heartbreak and pain. Romeo’s not afraid of letting out that cry and expressing his longing to be loved. When I’m feeling pissed off at a friend for not responding to me, or when I find myself falling for someone that I know will never feel the same way about me, I just pop in one of his CDs (yes, those still exist) and share in his cry of longing and dissatisfaction. Listening to his music brings me back to my humanity and gives me a sense of solidarity. “I’m not the only one who is whiney and needy!”

While some criticize his lyrics for being too sappy, I beg to differ. Take this verse from Aventura’s 2009 hit Por Un Segundo.

Or take this verse from Hilito, from his 2014 sophomore album:

(I told my heart to forget you, it rudely told me to shut up…I told my soul to erase you, to say I didn’t love you, and it laughed in my face.) Hilito, 2014

Romeo’s “whining” captures that deep and desperate longing…that intuition that eros, worldly love, never seems to take you far enough and always ends in tragedy. No matter how good that love may feel, he knows he’ll end up heartbroken in some way or another. And yet he doesn’t give up. The song goes on. He doesn’t deny his heart’s cry for more. His music is a testament to the human’s heart unwillingness to accept the defeat of sadness. The more I listen to him, the more I feel free to let the flames of my longing run rampant. And the more the flames grow, they reach higher and higher past the boundaries of this temporal existence, seeking He who transcends all earthly pleasures and goods. That’s where my other friend, St. John of the Cross comes into play.

John struggled not so much with heartbreak, but with physical brokenness…he spent a nice chunk of time locked in prison by his Carmelite confreres, being beaten and starved. But it was while he was in prison that he began to experience the mystery of God’s intense and passionate love for him. This experience eventually materialized into some of the greatest mystical Christian poetry in all of history.

It’s as if the darkness propels him out of his house to seek the true Light, Christ, his Beloved. The poem closes with the image of the passionate embrace between the soul and Christ:

He again juxtaposes the experience of longing and fulfillment in the Cantico Espiritual, which borrows heavily from the Song of Solomon:

Quench my troubles/For no one else can soothe them/And let my eyes behold You/For You are their light/And I will keep them for You alone/Reveal Your presence/And let the vision and Your beauty kill me/Behold the malady/Of love is incurable/Except in Your presence and before Your face.

Talk about being overdramatic! Don’t worry. The bride finally ends up with her Lover toward the last few stanzas:

It was precisely his agony and longing for escape that fanned the flames of his desire for Christ, which eventually went on to inspire these deeply intimate and seemingly romantic images we find in his poetry.

This type of beauty and satisfaction about which John writes seems miles apart from the dissatisfaction of feeling lonely and rejected. But if embracing it is the key to getting to that point, then let’s turn on the ignition and get driving…and blast some Romeo until we get there.

Stephen G. Adubato teaches religion and philosophy to high school students in New Jersey and writes at Cracks in Postmodernity for the Patheos Catholic Channel.