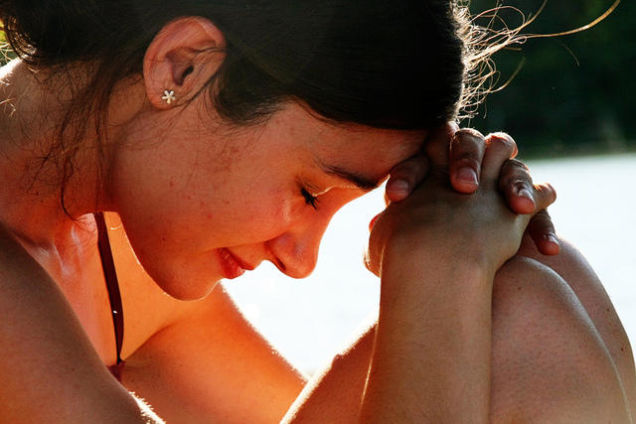 The world you inhabit has suddenly become dark. You are seeing things you had, until this point, only read about in books. The brand of Christianity that you adhered to–that you wanted to lay it on the line for–has started to unravel under the weight of injustice. You will begin to shed layer after layer of piety.

In what becomes an act of bravado, you start to go to coffee shops on Sunday mornings instead of looking for a “Bible believing church” in your new city. When folks back home ask if you checked out their cousin’s fellowship, you smarmily reply that it is in the suburbs, a land of white privilege that doesn’t warrant your time or effort. When you do visit an urban church that seems promising (on a Sunday night–practically subversive), they happen to sing a chorus from your youth and you abruptly depart.

A family in the neighborhood where you are serving as a year-long volunteer dies in a fire that could have been prevented. Except that not everyone perished. The infant son is pushed up and out and over the iron bars on the windows that hemmed in the rest of the family as flames enveloped the house. Hesurvives. The poverty that led them to use the gas oven for heat persists all around. The stench of burnt vinyl siding lingers in the air for a few days afterward. You walk by the stoop daily and see a growing pile of fruit and candles, offerings for the deceased to take to the other side of life.

Soon, you will stop going to church altogether. No God you want to know would be alright with what you have seen in a few short months. The effects of addiction. The crippling poverty. The nightly sounds of battery and pop of gun shots. The alarm and confusion turns to anger and then to cynicism. A couple of teens from your after school program get picked up in a “sweep,” a common practice of rounding up young black men who “fit the description” of petty thieves and drug dealers. They remind you that it doesn’t pay to play by the rules because they will be targeted anyway, simply for the color of their skin and where they live.

By the time Mo gets shot, you are drinking your way through cynicism a few nights a week. You’ve stopped answering phone calls from some friends and family. You feel that you are too busy doing important work. Your only spare time is spent with the other full-time volunteers in your program. They are the only ones who “get it.” All the pain. All the brokenness. They’ve had the same conversations you’ve had with the dope-sick prostitutes on the avenue as you open the community center in the early morning. A friendly hello. A wave to the pimp nearby as you lock up late at night. This is normal now. Even welcome. No one back home would understand, so why try to explain or even describe it? END_OF_DOCUMENT_TOKEN_TO_BE_REPLACED

“In the Eucharist, Jesus makes himself the food that nourishes and sustains Catholics, even when the road gets rough, Pope Francis said before leading a Corpus Christi procession through the streets of Rome.”

I’m Gay, but I’m Not Switching to a Church That Supports Gay Marriage by Eva Tushnet

“For me the call to love takes the form of service to those in need, prayer, and, above all, loving friendship…Renewing this Christian understanding of friendship would help to make the Church a place where gay people have more opportunities for devoted, honored love—not fewer.”

“Authorities in Burma’s western state of Rakhine have imposed a two-child limit for Muslim Rohingya families, a policy that does not apply to Buddhists in the area and comes amid accusations of ethnic cleansing in the aftermath of sectarian violence.”

“U.S. Catholics on the front lines of social justice struggles expressed delight at Pope Francis’ frequent references to caring for the poor, his trenchant remarks about ‘savage capitalism,’ and his calls for government intervention to pursue the common good in the face of hostile market forces.”

The church in a land of climate change by Jonathan Merritt, RNS

“In America, climate change is a matter of debate, but in places like Malawi, it’s a matter of life and death.”

One man’s defiance inspires a region to stand up to the Taliban by David Zucchino, Los Angeles Times

“The insurgents here are hardly vanquished. But the Panjwayi revolt is perhaps the most significant of such local rebellions in Afghanistan. It has expanded and — so far — succeeded as a model of Afghan-driven security backed by U.S. combat power.”

Millennials get called out by Pope Francis:

Dear young people, the Church expects great things of you and your generosity. Don’t be afraid to aim high.

And some wisdom from Pope Francis: