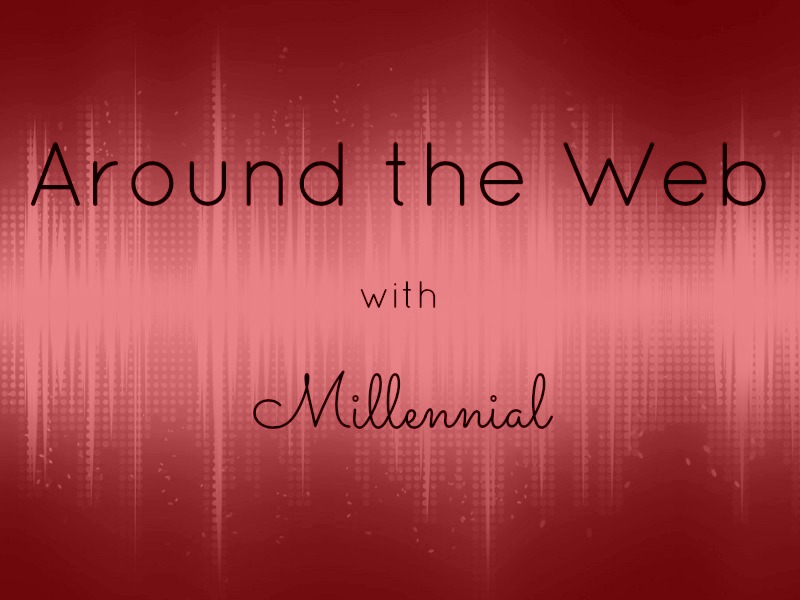 What does it mean to be a Christian rapper? A conversation with Sho Baraka by Olga Segura: “Many find it difficult to balance an affinity for rap, with its provocative themes and often profane language, and a life of faith. Baraka says, “I became so religious, I even stopped listening to secular music.”Eventually, he learned to reconcile these two parts of his identity. Hip-hop became a way to express his faith.”

How a Warming Planet Drives Human Migration by Jessica Benko: “Climate change is a threat multiplier: It contributes to economic and political instability and also worsens the effects. It propels sudden-onset disasters like floods and storms and slow-onset disasters like drought and desertification; those disasters contribute to failed crops, famine and overcrowded urban centers; those crises inflame political unrest and worsen the impacts of war, which leads to even more displacement.”

How Child Care Enriches Mothers, and Especially the Sons They Raise by Claire Cain Miller: “A powerful new study — which demonstrated long-term results by following children from birth until age 35 — found that high-quality care during the earliest years can influence whether both mothers and children born into disadvantage lead more successful lives.”

My son’s gift of organ donation taught me death is not the last word by Eric Gregory: “In a country marked by deep divisions, the selfless act of donating a loved one’s organs to save the lives of total strangers can have its own redemptive power. I know this first hand.”

Syria Changed the World by Anne Barnard: “Authoritarian-leaning leaders are on the rise, and liberal democracy itself seems under siege. The post-World War II order is fraying as fighting spills across borders and international institutions — built, at least in theory, to act as brakes on wanton slaughter — fail to provide solutions. Populist movements on both sides of the Atlantic are not just riding anti-establishment anger, but stoking fears of a religious “other,” this time Muslims. These challenges have been crystallized, propelled and intensified by a conflagration once dismissed in the West as peripheral, to be filed, perhaps, under “Muslims killing Muslims”: the war in Syria.”

Why so many Syrians living abroad support U.S. intervention by Dana Moss: “My research shows that Syrians in the United States and Britain came to advocate for a no-fly zone and targeted strikes because they see no other way to stop the violence. They have watched as diplomatic efforts have failed time and time again in Geneva and the United Nations. Meanwhile, civilians at home have been slaughtered and subjected en masse to bombings, starvation, rape, torture and execution in Assad’s prisons. After years of disappointment and almost half a million casualties, many Syrians have come to think — along with many Republicans and former Obama administration members — that military intervention is the only viable means to stop state-sponsored mass killings and the outpouring of refugees.”

Veterans saw dramatic gains in coverage after Obamacare by Tami Luhby: “The uninsured rate among veterans under age 65 dropped to 5.9% in 2015, down from 9.6% two years earlier, according to the report. The number of vets lacking coverage fell to 552,000, down from 980,000.”

Trump to Erdogan: Congrats on dismantling democracy! by Brian Klaas: “On Sunday, Turkey’s President Recep Tayyip Erdogan used a rigged vote to take a wrecking ball to the remaining ruins of Turkish liberal democracy. On Monday, President Trump called Erdogan, a long-standing NATO ally, and congratulated him for entrenching and formalizing his role as an authoritarian despot.”

His murder was put on Facebook. But his family’s message of forgiveness could be his legacy. by Jemar Tisby: “The family’s grief, particularly that of Godwin’s children, was on display, too. But so was their love.”

For the Church, a ‘millennial moment’ arrives by Don Clemmer: “As secular millennials seek to ground their views in something more enduring and persuasive, one option could be the Church’s framework of social teaching, which addresses issues including labor rights (Rerum Novarum, 1891), the dangers of totalitarianism and unchecked capitalism (Quadregessimo Anno, 1931), sustainable peace and justice at the global level (Pacem in Terris , 1963), the need for markets to serve all people (Populorum Progressio, 1967) and even climate change (Laudato Si’, 2015). It’s a cluster of convergences between young adults and the Church, even as the political climate has tacked in the other direction.”

Why paid family leave serves justice for women, the family and life by Charles Camosy: “The United States is the only industrial country which does not have mandatory paid maternity leave. Doing so, in addition to fulfilling the requirements of justice for women, will also advance the Church’s concern for the family and for life by saving the lives of prenatal children.”

You’re Too Busy. You Need a ‘Shultz Hour.’ by David Leonhardt: “Our society, or at least the white-collar portions of it, needs some more of Thaler’s laziness and Shultz’s reflection time. They are the route to meaningful ideas in any almost any realm: personal relationships, academic papers, policy solutions, diplomatic strategies, new businesses.”

I’m Pro-Life And A Democrat; Are Pro-Life Democrats Still Welcome in Our Party?: “If we have become so ideologically driven as a party that people like me and former Congressman Bart Stupak are not welcome in the party because of our deeply held, and deeply personal, pro-life views, we will never return to the majority. The Affordable Care Act will eventually be repealed, access to Medicaid will be severely restricted and people like my biological Mother, who just wanted to give her baby a chance at life, may be left with no choice at all and be forced into having abortions they don’t want to have.”

#CharlesTaylorThursdays
In an era of extreme individualism, we need a greater sense of solidarity #CharlesTaylorThursdays
via The Responsive Communitarian Platform
‪Today is the 75th anniversary of the liberation of Auschwitz, the Nazi death camp. May we never forget what happened there. And may we finally say 'never again' and make it a reality.‬