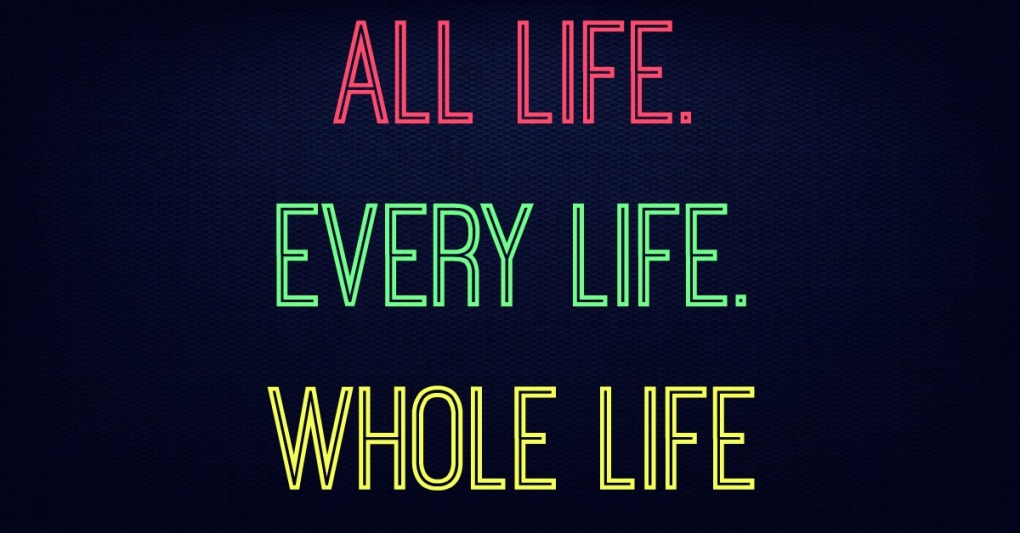 At first glance, the term “whole life” can conjure up numerous different feelings, depending on the context. There are those that believe it’s just another euphemism for the right-wing anti-abortion mob; there are those that see it as another movement in the Christian community that won’t actually take us anywhere. I believe it to be the opposite; yes, it is a largely Christian-based movement, but in the right context, the whole life movement has an extremely effective message that can be preached to people in all walks of life—not just the devout Christian ones.

To be honest, I have never liked the term “pro-life.” To me, nearly everyone is inherently pro-life in some sense—no sound individual consciously wishes for the destruction or oppression of any person or group. But far too many of those who identify as “pro-life” are simply pro-birth. Being pro-life must mean something more that. If one is truly pro-life, then they are concerned not only with the beginning of a life, but with all aspects of it, including its quality. This is the message of the whole life movement: that all people, regardless of religion, race, gender, or any other demographic traits, have an inherent dignity that should be upheld by all people.

The whole life movement covers a variety of bases when it comes to modern issues. It teaches that feminism is a good thing and that yes, we should protect the environment for future generations. It offers alternatives to abortion, improvements in the adoption system and access to prenatal care, rather than simply relying on laws that would restrict the procedure and criminalize women who feel they have no choice but to seek an abortion. I completely agree with this approach. I think the whole life perspective is extremely effective because it presents what has traditionally been seen as a conservative issue in a progressive way; it also includes some traditionally progressive issues in a way that should appeal to conservatives. It proves that there are achievable solutions to even the most controversial of topics. This is an effective and virtuous way to cater to both sides of the country, and to the world. As our country is continually divided by the two parties, it is important to be able to focus on a shared goal, and that is the common good for all living creatures.

As a young, Catholic, feminist, liberal woman, I have a lot to stand for. The pro-life and pro-choice movements simply do not fit my ideals—they turn large-scale moral debates into black and white issues with simple answers to complex questions. Identifying as whole life, however, signifies openness and willingness for change. It also presents an opportunity for Christians to abandon traditional ideas that are long out of date and become aware of important modern-day causes, such as the empowerment of women and girls. These issues should not be the subject of controversy, but a point of agreement that is based on the recognition that something must be done. Someone must advocate for those without a voice, whether that be the poor, the young, the outcasts, the trees, the animals, or the unborn. Through my exploration of this topic, I have come to believe that a whole life perspective is the way I wish to approach today’s challenging issues, and I hope that many others are ready for this fresh mindset.

Jillian Veader is currently a student, writer, and musician at the Academy at Penguin Hall.