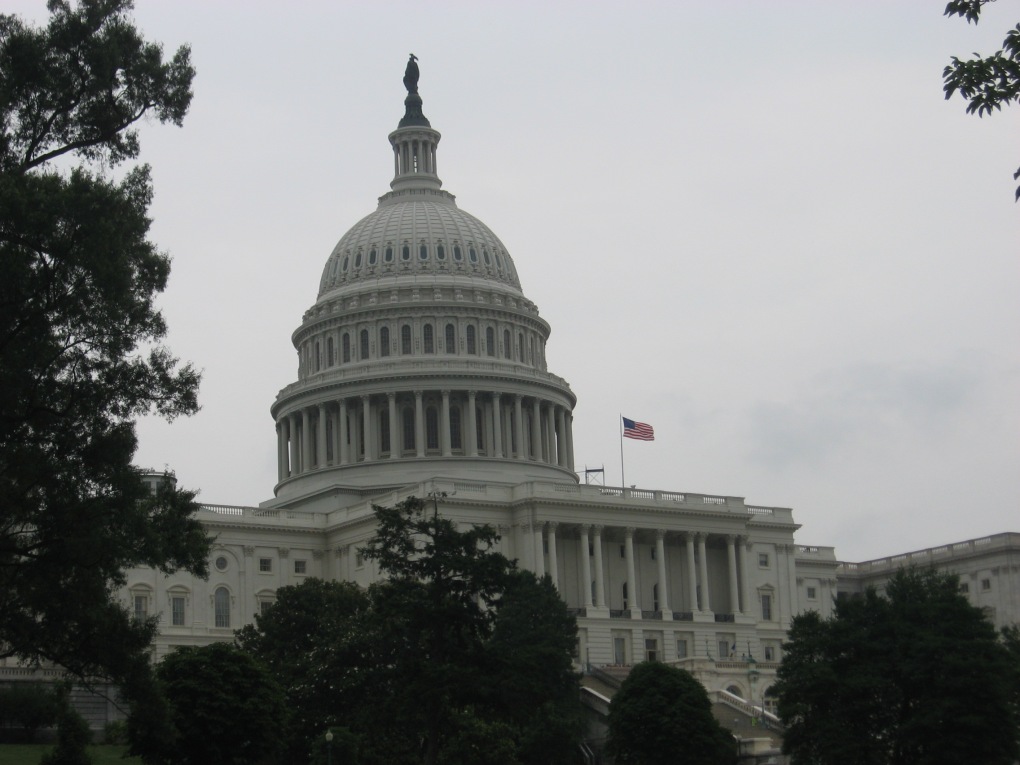 A day that began with thousands of President Trump’s supporters in Washington for demonstrations turned violent as many in attendance saw Wednesday as a last stand for Trump because Congress was set to confirm that President-elect Joe Biden won the election.

Trump — who lost the popular and electoral college vote — continues to dispute the election results, without evidence, and has encouraged his supporters to attend the rallies. He took the stage about noon to roaring crowds, falsely claiming he had won the election.

Later at the U.S. Capitol, throngs of people pushed past police who were trying to block them from entering the building as lawmakers inside debated counting electoral college votes confirming Biden’s victory. A mob was able to breach security and successfully enter the building, where one person was shot and later died.

What’s happening in the US Capitol is an act of terror. These people are interfering with a peaceful transition of power because they don’t like the result & have been fed a steady diet of lies & fear. This is the consequence of a president only interested in loyalty to himself.

This mob attack on our Capitol and our Constitution is immoral, unjust, dangerous, and inexcusable. What has happened to our country is tragic, and could have been avoided.

Donald Trump’s video statement should have provoked mass resignations from White House staff, and his Cabinet should have told him they’d support invoking the 25th if he couldn’t deliver an unequivocal message.

What has been unfolding at the Capitol today should shock the conscience of any patriotic American and any faithful Catholic. The eyes of the world look on in horror as we suffer this national disgrace. For many months we have witnessed the deliberate erosion of the norms of our system of government. Peaceful protest is a sacred right. It has been an essential component of much social progress over the course of human history. But violence is its opposite. Violence in the service of a falsehood is worse. Please join me in praying for the woman who was shot during the rioting, and who has died and for law enforcement who protect us against mob rule. We pray for peace at this bracing moment in U.S. history, a history that has been marked by one of democracy’s greatest virtues—the peaceful and orderly transition of power. May our elected officials heed the counsel of their better angels to stand up for the Constitution they swore to defend, to speak the truth, and to recognize threats to democracy, no matter their source. May God’s love suffuse our political life together, reminding all Americans that politics is the peaceful resolution of conflicting points of view. This is our tradition as a democratic nation—and we undermine it at our own peril.

This is why the “calm down and let the process play out,” “this is not who we are,” “the institutions will save us,” is so dangerous, arrogant, and stupid. It is a position born of ignorance and privilege. It is a willful blindness to human history and human nature, a condescending belief that Americans are somehow constitutionally different—and superior to—the other 7 billion people on this planet, that our nature is one of calm deliberation, not violence—like those people. It is a willful disregard for evidence screaming you in the face and therefore an inability to understand why things play out the way they do, leading to surprised and naive declarations of “this is not who we are.” It’s not who we are until it is. It can’t happen here until it does. The system works until it doesn’t. The institutions hold until they don’t. We’re different than those other countries until we’re not. Americans are not ubermenschen. We are people. We are subject to the same forces of history and politics as the citizens of every other country on earth. We are not immune. We are not different. We are not superior. It is time to stop lying to ourselves. It is time to listen to the voices—many of them black and brown as well as those who know and understand authoritarianism—who have been predicting every step of this fiasco for years. This is who we are.