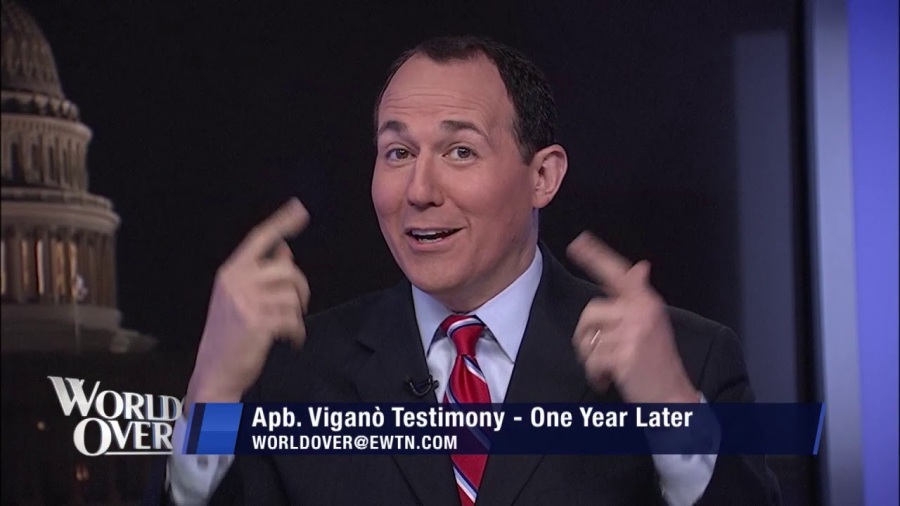 Pope Francis remarked, “There is, for example, a large Catholic television channel that has no hesitation in continually speaking ill of the pope.” He said: “I personally deserve attacks and insults because I am a sinner, but the church does not deserve them. They are the work of the devil. I have also said this to some of them.”

While Francis did not name the “large Catholic television channel” in his answer, his remark “I have also said this to some of them” offers a clue as to which station he was referring. America has learned from three different Vatican officials, who asked for anonymity because they were not authorized to speak, that the pope touched on this same topic on his flight from Rome to Baghdad on March 5, when he greeted each of the journalists on the flight.

On that occasion, when the pope reached EWTN’s reporter and cameraman, one of them told him they were praying for him. He responded that maybe Mother Angelica, EWTN’s founder, is in heaven praying for him, but that they—referring to the entire network—“should stop speaking badly about me.” He used the Italian word sparlare, which means “to bad mouth,” “to say nasty things” or “to speak ill of.”